How can we increase the use of wool among companies and consumers? This was the question 80 Danish and Swedish students got to work with for two and a half days. The innovation contest was and funded by the EU through the Interreg Fund and the location was Varberg’s Campus in the South West part of Sweden. The aim was to find new business opportunities to utilize more wool. 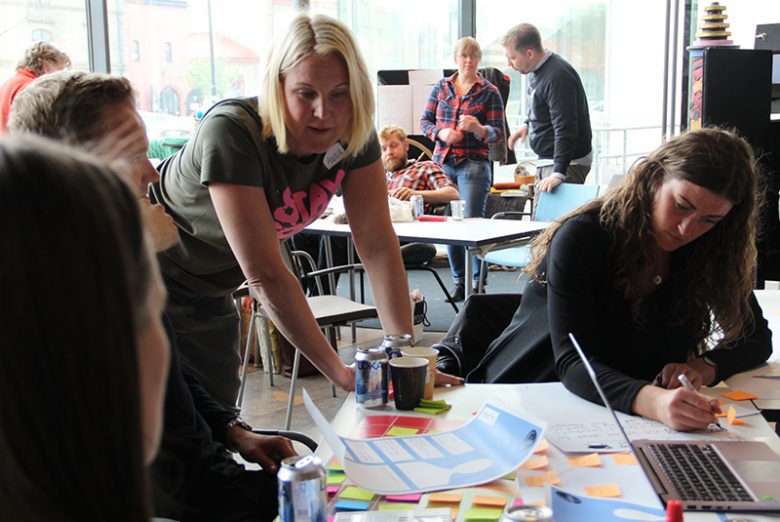 Invited to help with questions regarding wool, I noticed that the subject really interested the students. It was like opening a door to a world they had not really looked so closely into before. As most of the students had never meet, the competition started with a dinner when they could get to know more each other and learn more about the question their work during the two coming days and today’s situation regarding wool. The second day was the day to work. And they were really digging into the question! With so many questions about wool not burning, keep both cold and heat, different qualities, rising from oil. Also questions about the process in wool handling from cutting to clean and finished and what problems we saw in the industry today.

The last day the students presented their ideas. Can say that I was impressed! After just a day’s work. One ides was about replacing glass wool as insulation in containers when they are transported with gods on boats. If a container is not insulated, there is a risk that the moisture will destroy the goods. Today you use insulation, but why not use wool?

Another group had a solution for replacing plastic in agriculture, for example, the plastic laid around strawberry plants to prevent weeds. A third group had the idea of replacing the insulation in jackets for fire fighters from cotton to wool. Wool does not burn without glow only. To find out more, the group had called a man working as purchaser for buying jackets to fire fighters and asked what he thought about the idea. The man then told them that before the early 80’s all jackets were insulated with wool, but then the manufacturers changed it to cotton. Exactly why he did not know and he thought it was strange as firefighters in Sweden today are asked to wear thin wool sweater under the jacket just because the wool is not burning. So why not change back? 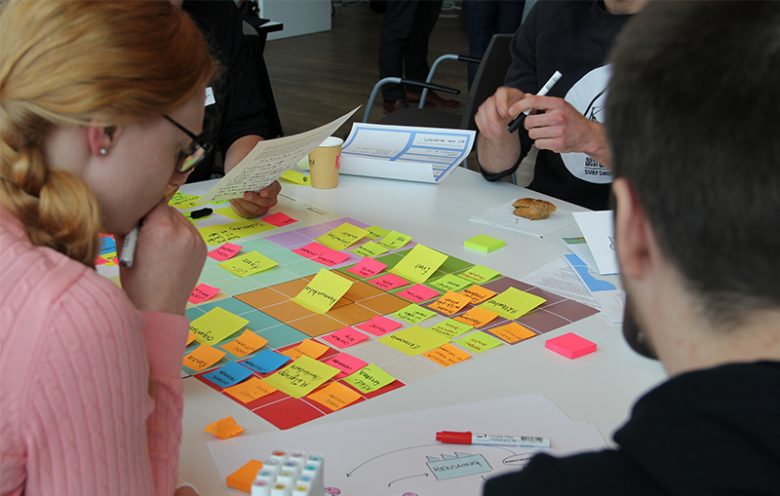 Let us know hope that some of these ideas will turn into good business. What I know is that in Denmark and Sweden there are at least 80 more young people who know much more about wool and will look at the material with new eyes.