The process of musing on life’s pressures, which have the potential to overwhelm, led to the design for this structural form.  This forms part of my ‘Traits Series’.

Using a willow structure can be tricky. I elected to collaborate with Alison Walling, a noted willow artist, who constructed an oval shape to my specification. This felt would be made entirely by using the dry felting method with a single barbed needle.

The irregular shapes created by the willow compelled a hard finish rather than a soft springy finish. White willow will not stain lighter wools. White merino yarns are woven into the structure to provide a key.

Merino slub yarn has a lot of white in it but also two shades of blue which, together with white merino covers the entire work. To reinforce this some thicker merino yarn, a darker blue and white, was also stitched into the wool using a tapestry needle. For several days this was felted by pushing one barbed needle gently into the form. Care was needed not to push too hard and hit the willow ribs, avoiding too many broken needles. The more the needle was used the tighter the wool became, until all the wool merged into one hard structure.

This fits into my ‘Traits Series’,  and conveys that point of no return – when we become so full with frustration – just before we explode… 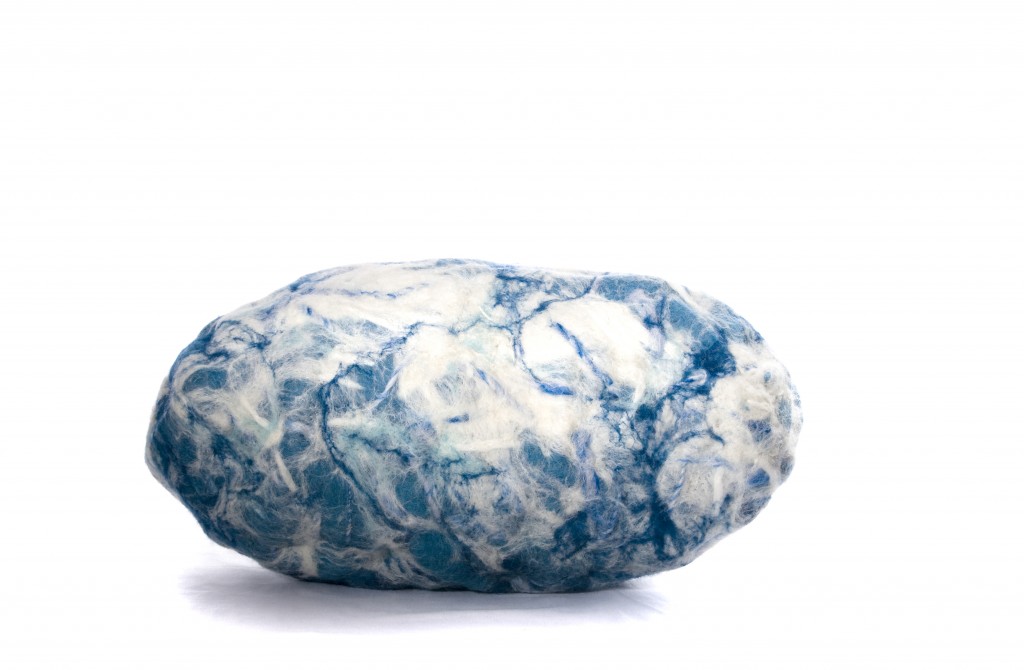 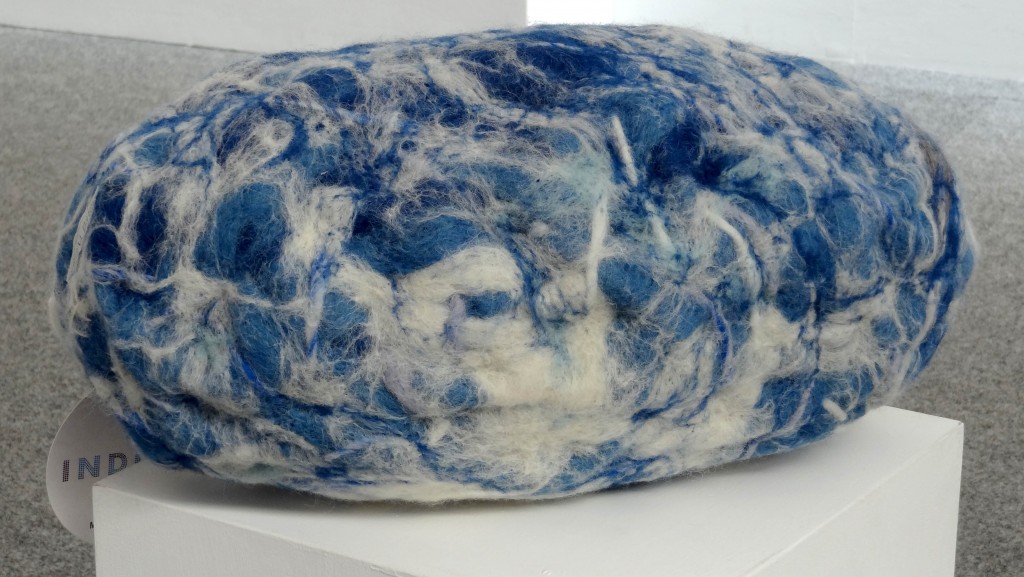 This work, together with ‘nil desperandum’ was exhibited in 2014 with a new piece, ‘Contemplation’, which is much smaller and round. Viewers were able to pick them up one after the other, by way of comparison and reflection. 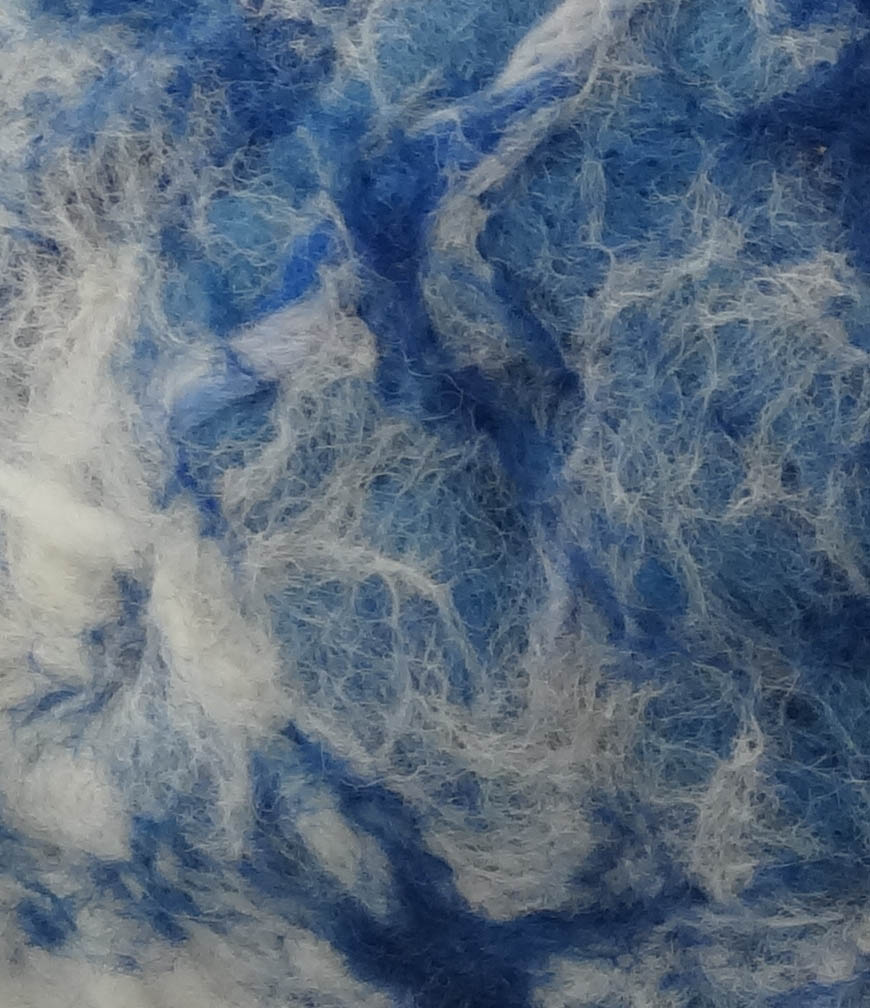